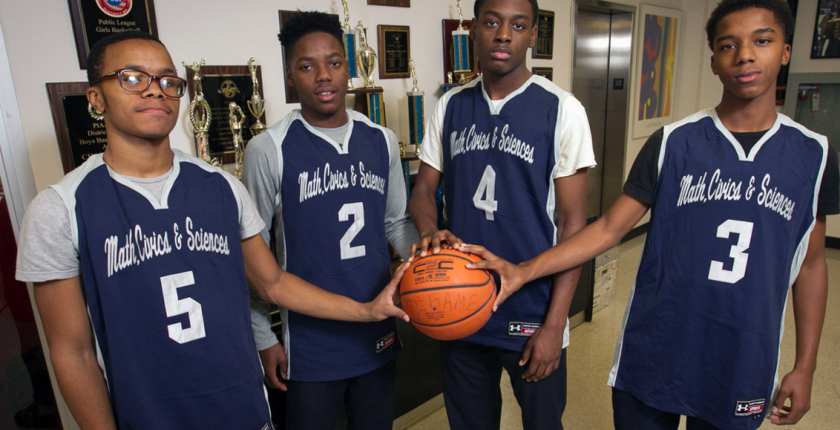 When listing the top boys’ basketball teams in Philadelphia this year, it might not be best to forget the Mighty Elephants.

Malik Archer scored 10 of his game-high 18 points in the second half Tuesday as visiting Math, Civics and Sciences stunned Martin Luther King, 52-42, in the Public League A opener for both teams.

King is ranked No. 9 in Southeastern Pennsylvania by The Inquirer.

In other Public A action, Jaekwon Carlyle scored 11 points in the fourth quarter as No. 4 Imhotep Charter pulled away for a 78-65 victory over visiting Del-Val Charter.

Public B. Tyler Jefferson scored 11 of his 13 points in the first quarter to spark Central to a 42-34 victory at Bartram.

Francisco Campo scored 18 of his 24 points from three-point range to lead Frankford past visiting Northeast, 62-55.

Public C. Tamir Cooper scored eight points in overtime as Parkway Center City put away Strawberry Mansion, 66-60, on the road. Mansion’s Adrian Adgide tied it with a buzzer-beating three-pointer at the end of regulation.

Tyzja Faison paired 14 rebounds with a career-high 32 points to lead Dobbins to a 68-62 home win over Prep Charter.

Vernell Nelson had a triple-double (12 points, 12 blocks, 10 rebounds) to carry visiting Kensington to a 71-49 win over Overbrook .

Public D. Jovan Hammond scored 15 of his 25 points in the first half of Roxborough’s 72-66 win at Edison.

William Tukes hit a three-pointer from the right corner with seven seconds remaining to send host Bodine to a 47-46 over Maritime Academy.

Nonleague. Penn recruit Devon Goodman scored 12 of his 22 points in the fourth quarter Tuesday as Germantown Academy pulled away for a 71-56 win over visiting West Catholic.

Evan-Eric Longino and Kyle McCloskey had 14 rebounds each for the Patriots, who are ranked No. 8 in Southeastern Pennsylvania by The Inquirer.