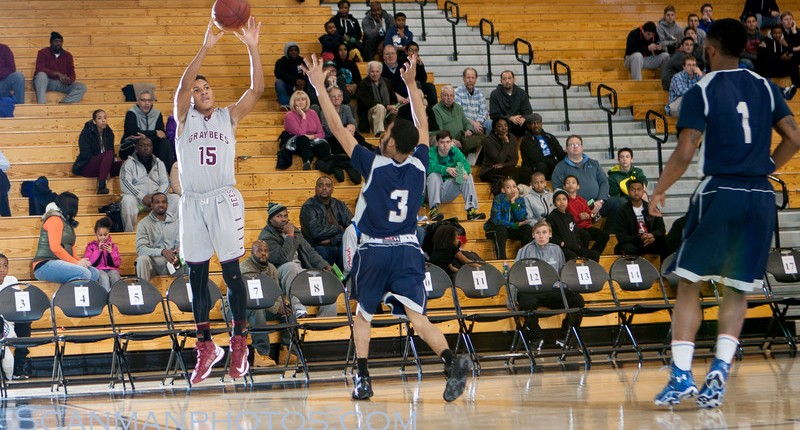 Math, Civics, and Sciences survived a poor foul-shooting performance and a fourth-quarter scoring drought against Phil-Mont Christian to keep alive its drive for its first state basketball title since 2011.

With a step-back three-pointer at the end of regulation and a clutch effort in overtime, the Mighty Elephants escaped Phil-Mont Christian, 73-68, in a PIAA Class A state quarterfinal Friday night at Philadelphia University.

“We showed a lot of determination and fortitude in overtime,” said MC&S coach Danny Jackson, whose squad went 6 for 16 from the line after the break.

The Mighty Elephants trailed, 61-56, with a minute left in regulation. But they rallied and forced an extra period on Kwahzere Ransom’s trey from up top with 2 seconds to go.

In overtime, Archer’s bucket and Saheed Peoples’ three gave MC&S a 66-61 edge. Freshman Zahir Jackson made 1 of 2 free throws to make it 71-68 with 9.7 seconds remaining. And Edward Croswell’s two freebies with less than a second left clinched the thrilling win.

The Mighty Elephants (14-14) will take on Public League rival Constitution (19-11) in a semifinal Tuesday night at a neutral site and time to be determined. The Generals advanced Friday with a 62-47 triumph over Shenandoah Valley.