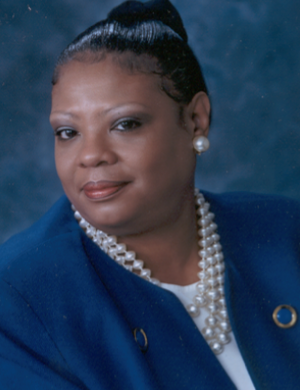 Veronica Joyner began her career in education as a teacher in the Philadelphia Public School System in 1974.  During the next ten years, Mrs. Joyner strived for excellence and equity for all the students she taught.  She began to realize the importance of parent involvement in the system as a change agent in order to make excellence in the classroom a standard for all students.  It was this that prompted her to found and serve as president of Parents United for Better Schools, Inc. (PUBS), a non-profit, multi-racial, parent advocacy corporation in 1984.  Parents United for Betters Schools, Inc. now has a membership of over twenty thousand parents in Philadelphia and several key components to the program that evolved in the coming years:

As an outgrowth of PUBS, Mrs. Joyner received state approval to open The Mathematics, Civics and Sciences Charter School of Philadelphia, Inc. (MCSCS) in September of 1999 where she now serves as its Founder and Chief Administrative Officer.  MCSCS is one of the largest charter schools in the state of Pennsylvania with a population of nearly one thousand students in grades 1 through 12.  MCSCS was recognized by the Pennsylvania Department of Education as one of the city’s top ten schools out of more than three hundred public and charter schools in Philadelphia, and it has received praise from the most prestigious educators on both a local and national level since its inception:

Learn Even More About Veronica Joyner!

Veronica Joyner is the recipient of an overwhelming number of awards and recognition for her service in education and in the Philadelphia Community:

Veronica Joyner recently founded Philadelphia Charter Schools United to assist charter school administrators in the day-to-day operation of Charter Schools.  Clearly, Mrs. Veronica Joyner is continually active in the creation of programs and models that help build a better learning community.  Mrs. Joyner is a Philadelphia icon, whose goal to educate all children in matters of intellect and civic duty only grows stronger with each passing year, and she welcomes all to join her mission.  It is our duty to provide the learning tools that help students lead rewarding lives, help citizens, and make changes to improve education and the quality of life for others and their success is the best reward of all.